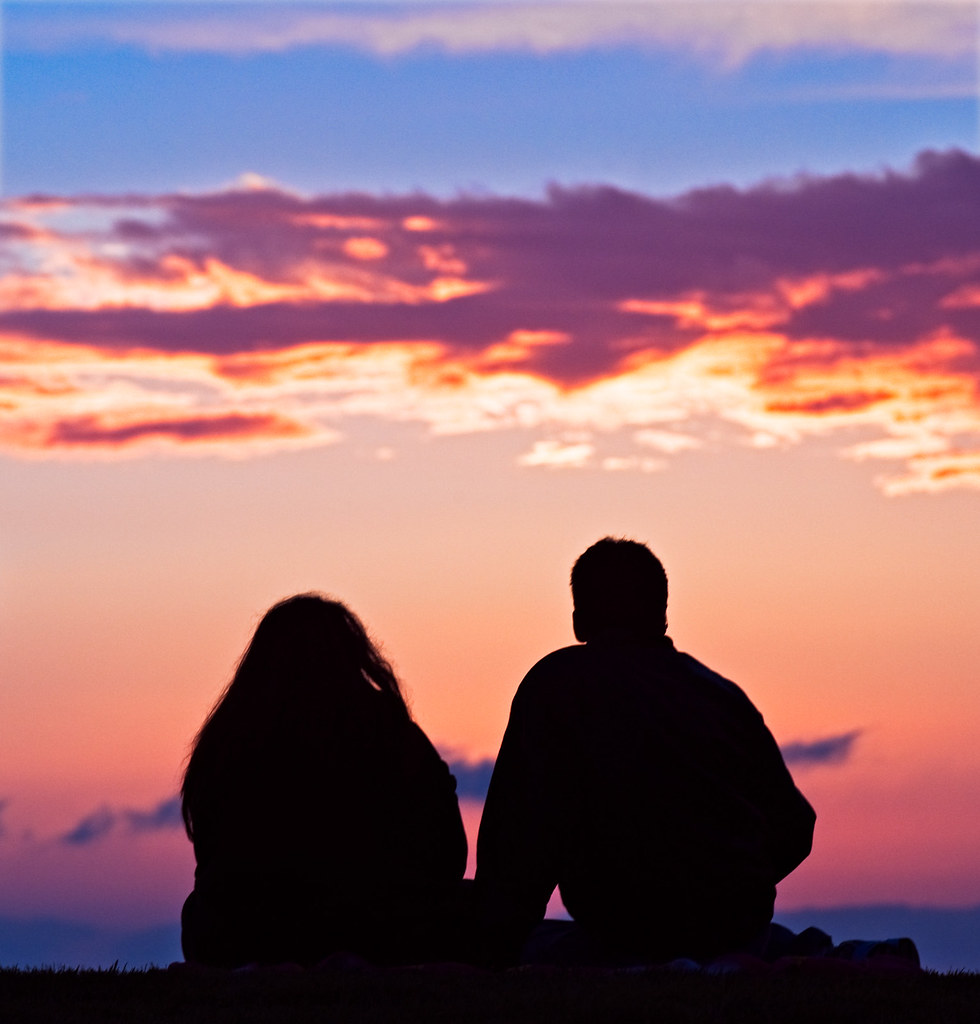 It’s a hazy, Summer dusk in New York City; the sound of cars driving by and outside conversation is coming through the open window in the bedroom. A couple is laying down on the bed; a naked 20-year-old woman with straight black hair and olive skin, SUMMER, is laying against a naked 20-year-old man with black hair and warm-toned skin and body tattoos, EVAN. They both just finished having sex. Evan is caressing Summer as he looks up towards the ceiling, at peace. Summer brushes her fingers on Evan’s chest as she is holding a sheet to cover her body with her other hand. Silence fills the room, but it isn’t an awkward silence. It’s a… cathartic silence.

Summer looks up to Evan, who is still looking up at the ceiling, relaxing, emptying his mind of anything and everything worrisome or stressful. His best moments are when he’s with Summer; she makes all the bad things go away in an instant. Summer, on the other hand, can’t stop fidgeting her fingers against Evan’s chest. Her eyes look glass-like, about to fall and break from the weight of her thoughts at this moment. On a normal day, Evan’s presence is enough to get her through the day. His contagious smile that he tends to do, the one where his eyes smile along with his mouth, is her daily drug, and she can’t live without it.

Today is a little bit different.

Summer: He used to abuse me.

Evan’s staring contest with the ceiling is instantly broken, and he turns his head towards Summer, looking concerned.

Summer: Frankie; my ex. He used to hit me and mentally abuse me. For three years, that’s what my days looked like. It’s why I’m now afraid of relationships. It’s just a reminder that maybe I’m not worthy of being treated right.

Evan looks at Summer with a surprised expression; not knowing how to handle the random confessions of Summer.

Evan: Sum, we don’t have to talk about this if you aren’t ready; it’s okay.

Summer turns her body to face the ceiling, speaking to it like it was a confessional.

Summer: Frankie and I meant in high-school. I was 16, naive, and insecure. He was the only boy to see me past the nerdy clothes and pimply face. He was an athlete; all built-in muscle and hypermasculinity, like every other sports guy in the world. But in the beginning, he was sweet. He walked me home on days when I had dance rehearsal. He made sure the bullies didn’t mess with me anymore. He cared for me in a way I didn’t think any guy would want to care for me. Maybe that’s why I thought his methods of showing his caring nature were normal.

Summer: He once saw me talking to another guy from one of my classes; we were assigned a group project together. When he saw me at lunch talking to him, he grabbed my arm and took me away to yell at me, telling me that I was lucky to even have him as a boyfriend because guys only want to talk to me for “virgin ass” and test answers. He invited me over to his place to talk about it, but all it did was cause this huge fight. When I snapped back at him, that’s when he first slapped me in my face.

Summer: He said he was sorry, that it would never happen again. That he loved me and he had a hard time expressing that to me. I believed him. I forgave him. I should’ve left that night and never looked back.

Evan’s attention is fully on Summer. As he sees her struggle, he gently holds her hand for comfort. It calms her down.

Evan: You don’t have to do this, Sum. I understand.

Summer takes her hand away and sits up from the bed. Evan sits up at well, still focused on Summer.

Summer: At school, we were everyone’s favorite couple. He was the rising athlete on honor roll, I was the “girl that came from nothing to something”; everyone loved us together. People really thought Frankie loved me, man. They would say how Frankie never let go of my hand when walking down the halls without realizing he just never wanted me out of his sight. Behind closed doors, we fought like dogs. we argued every single day and disagreed on almost everything. He told me I was too ugly for anyone else, that nobody really liked me and they only wanted to use me for their personal gain. He made me believe that I was this horrible person so when the slaps turned into punches turned into tossing me across his bedroom like a damn piece of sport’s equipment, I always felt like I deserved it; like he wouldn’t be doing that to me if I wasn’t doing anything wrong.

Summer holds her body in an uncomfortable manner. She closes her eyes again, now with her eyebrows scrunched together, with a distasteful expression on her face.

Summer: One night, he had invited me to his place to celebrate some good news he got about college. Of course, I went, I loved him, and I was proud of him for getting the scholarship to one of his top schools. When he wasn’t an asshole, that’s all he talked about: his athletic dreams and studying sports medicine while playing in college. It was a different side of him when he spoke about his dreams and goals… maybe that’s what attracted me in the first place.

Summer is now squirming in the bed, grasping on the sheet to cover her body up even more.

Summer: I got there, and clearly he’d been drinking his dad’s wine or some fancy shit that was stored in his house. He just reeked of alcohol. I offered to take care of him and that he needed to stop drinking for the night… so I tried taking the… the bottle away from him…

She’s now taking in deep-breaths; she needs to let this out of her throat.

Summer: He hit me so hard that I got bruised on my face. He tried helping me out by putting ice on it, and when he thought it was helping, he started to kiss it, and then kiss me without me kissing him back… he then, he–

Summer: *hysterical* I kept saying no, I just wanted it to end, he wouldn’t stop–

Summer breaks down in tears. She covers her eyes in shame, shaking her head no continuously. Evan takes Summer into his arms and rocks her side to side, trying to calm her down.

Evan: You are worthy of love, Summer. Always remember that.

The air is full of silence again, the sunset comes through the bedroom window and hits on the wall above Evan and Summer. Evan is stroking Summer’s hair away from her teary, wet face as she looks up at him. They stare at each other for a moment.

Evan smiles at Summer, reassuring her that he meant the words he said.
Summer is now at peace in that very moment, hoping they both stay this way forever.
— The End —