So this time last year, I completely indulged in the fact that I was complete Kpop trash, and although I was still very shy about speaking about it, she’s fully exposed and she has some groups to talk to y’all about.

Last year, I introduced some veteran girl groups and girl group rookies that I was into, and a lot has changed since then. This girl went from “I only listen to girl groups” to “I literally listen to everything that’s Kpop related.” In this post, we’ll be talking about some veterans, some rookies, some updates to on who my ultimate bias groups are, and all that jazz.

These boys deserved better, in all honesty. These 5 guys are (were) UNIQ, a Chinese-Korean idol group under Yuehua Entertainment. While Yuehua Entertainment was mostly a Chinese idol agency, UNIQ’s Korean members were originally from YG Entertainment. By age order, the members were Yixuan, Sungjoo, Wenhan, Seungyoun, and Yibo. Both Sungjoo and Seungyoun were Korean trainees under YG Entertainment, while the rest of the group were solely under Yuehua Entertainment. UNIQ debuted back in 2014 with their debut single, “Falling in Love“, and then “EOEO” following it. UNIQ gained some commercial success in Korea, but more so in China. Because the group was under the Chinese idol agency, many of their promotions were in China, as well as their success. With a couple of comebacks here and there, the group quietly disbanded as the years went on, and the members of the group went their separate ways. While Sungjoo, Yixuan, and Yibo went on to acting, Wenhan went on the Chinese spin-off show of the Produce series, Idol Producer and went on to debut in the project group to come out of that show. As for Seungyoun, well, I think we all know what happened after his days in UNIQ.

My sad heart, anyway – X1 will always hold a special place in my heart because they were the first boy group I ever fully fell in love with. X1 was an 11-member group that debuted after Produce X 101 created the group from the final 11 rankings in the show. They were under Swing Entertainment, and they debuted late 2019. The 11-members were Seungwoo, Seungyoun, Wooseok, Yohan, Hangyul, Junho, Dongpyo, Minhee, Eunsang, Hyeongjun, and Dohyon. Their debut song, “FLASH” was one to truly remember not because of how good it was, but because it broke an immense amount of records on music charts, music shows, and literally if they haven’t disbanded so abruptly (seriously still so hurt by that) they would’ve been the next big Kpop group in the industry. What made this group so unique was that their chemistry was insane, and their talent was out of this world. Being a follower of what was the Produce series, I was never truly satisfied with the final line up of their groups because so many other talented trainees got robbed from it, and more so “visuals” were chosen to be members over talent.

X1’s choosing was definitely the best one they had which is crazy because they believe that the producer of the series rigged votes and whatnot? That’s another story for another day. Anyway, this group was a lot of my firsts: boy group, physical album purchase, an obsession really. As a One-It forever, I will always be sad about the disbandment but will support the guys in whatever they do within their own companies. As of now, Seungwoo is back with VICTON, Seungyoun is doing some solo activities (give us a mini-album; please and thank you), Wooseok and Yohan are doing some acting activities, Hangyul and Dohyon are now a duo group called H&D, Junho is in a pre-debut group called W Project 4, Dongpyo is in a pre-debut group called DSP N, Eunsang has done some solo things within his company and Minhee & Hyeongjun are debuting in a new group with 7 other members within Starship Entertainment called Cravity.

So, one thing I like about Kpop is discovering rookie groups from smaller companies because, well, we need to give every group in KPop a chance! One group that stood out to me the most thus far was Cignature, a 7-member girl group under J9 Entertainment. They debuted earlier this year with their debut single “Nun Nu Nan Na“. The members of Cignature are Chaesol, Jeewon, Ye Ah, Sunn, Seline, Belle, and Semi and although they are fairly new and I don’t have a favorite or bias within this group, I look forward to their career because their debut single stood out the most to me thus far. A lot of people compared the song to a concept that Red Velvet would do because it showcases a lot of different genres within it, and honestly for this group to execute that concept so well as rookies and perform like season veterans already, I hope to see more of this group in the future! 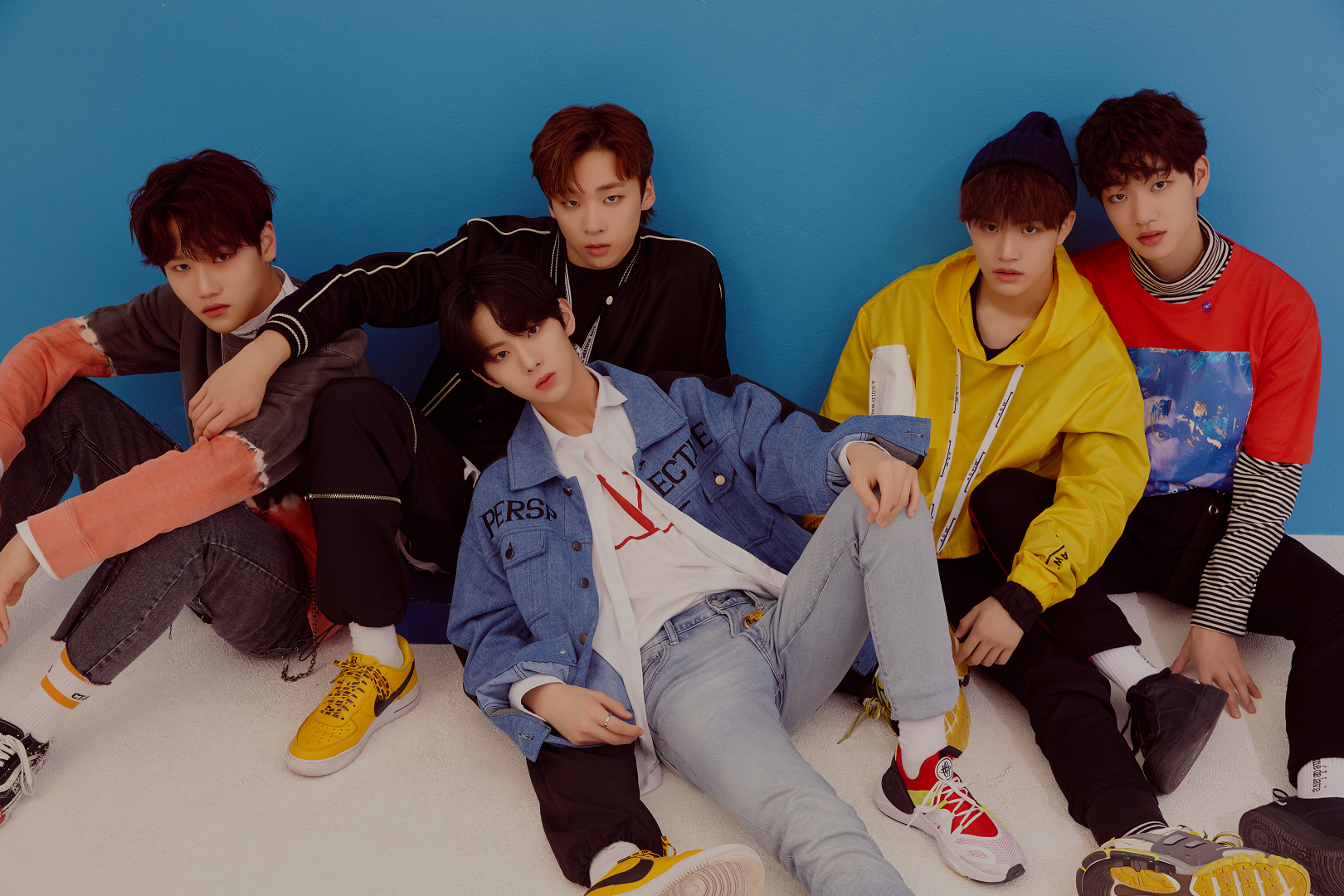 These boys better become successful as their career goes on because they are super fucking talented! So who are these boys? Well MCND, or “Music Creates New Dream”, is a 5-member boy group that debuted earlier this year under TOP Media. The members of MCND are Castle J, BIC, Minjae, Huijun, and Win. Although they had a pre-debut single come out back in January, their official debut single is called “ICE AGE” and oof, it fucking slaps. This group is very hip-hop influenced, and if there’s one thing every single member of this group is good at, it’s dancing. For a rookie group, they dance more neatly and synchronized than most veteran groups nowadays, which says a lot about their work ethic and talent. They are the next boy group to come out of their company after UP10TION, a 10-member boy group that debuted in 2015, which PDX101 constant Lee Jinhyuk and former X1 member Kim Wooseok were a part of. TOP Media had a shitty way of promoting them, so I hope they don’t disappoint fans with their new group! 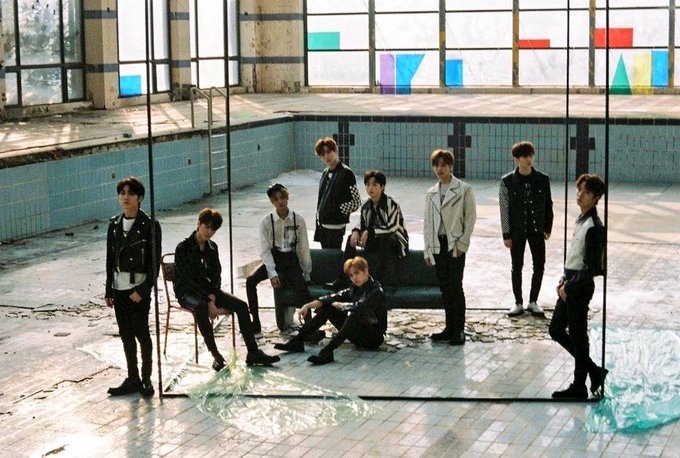 CRAVITY are babies, y’all. This 9-member boy group debuted just a couple of weeks ago under Starship Entertainment; they are MONSTA X’s juniors. The members in CRAVITY are Serim, Allen, Jungmo, Woobin, Wonjin, Minhee, Hyeongjun, Taeyoung, and Seongmin. Very much like Victon and UNIQ, I found out about this group because of some of the members of this group being both in X1 and on Produce X 101, the popular survival show that X1 was formed in. Both Minhee and Hyeongjun were former members of X1, while both Wonjin and Jungmo were contestants of PDX101, and both were eliminated on the finale of the show. Ultimately, I really liked Wonjin in the series, so I’m so happy he was able to debut in his own company. Their debut single, “Break All The Rules” is a certified bop. It’s kinda crazy how crazy their concept matches this group, but the group is full of babies? When groups are able to be versatile like that (which shows in their debut album), then you know they’re going to be crazy-successful. I’m already obsessed with these boys.

Last year, I included these talented ladies in my Kpop rookies post back when they were just a 2-month-old rookie group and only had their debut single “DALLA DALLA” out to showcase their talents. I will say this until the day I die: DALLA DALLA has been one of the greatest 4th-generation debut tracks I’ve heard thus far. They have a concept that is uniquely their own, and all these girls fit it so well. After their debut, they came back during the summer of 2019 with their 1st mini-album called IT’Z ICY with their title track, “ICY” and they recently came back with their 2nd mini-album called IT’Z ME with their title track, “WANNABE“. Back in January, I actually went to see them live in concert when they were touring the U.S and if that didn’t seal the deal of them being my ultimate favorite girl group, then I don’t know what did.

If you know anything about me, you know how obsessed I’ve become whenever it comes to Victon, y’all. Like UNIQ, I discovered VICTON when both Seungwoo and Byungchan participated in Produce X 101, and with the fans they had throughout that show, they were able to bring them along to their group which in all honesty VICTON won PDX101 over anyone else. Before the show, VICTON was rumored to be disbanding after the relase of their single album, Time of Sorrow because they were not getting the success the company hoped they would get. For VICTON, PDX101 was their last resort, and the number of fans and the amount of exposure they had from the show resulted in them becoming one of Kpop’s up-and-rising groups in the industry, with them breaking their own records and winning music shows with their comebacks. So, who are they?

VICTON is a 7-member group under Play M Entertainment, formerly known as Plan A Entertainment, back in 2016. The members are Seungwoo, Seungsik, Chan, Sejun, Hanse, Byungchan, and Subin. They debuted with their (amazing fucking) 1st mini-album, Voice to New World and were first known to be a boy idol group that was refreshing with some playful hip-hop influence in their music. If anything, they were not afraid to be a boy crush group rather than a sexy one. They’ve released 6 mini-albums and 1 single album in the duration of their careers; READY, IDENTITY, From. Victon, nostalgia, Continuous, and TIME OF SORROW.

And that’s it! Sorry for this post being literally so friggin’ long, but I really do enjoy writing and sharing my knowledge on the things I really enjoy in my life! But other than that, I hope you guys give some of these groups a chance; they’ve all worked hard and sacrificed their lives to make their dreams come true, so if you’re experimental with music genres, try listening to some Kpop, y’all.

Thank you for coming to your favorite Kpop-Trash writer’s TED talk.