March, thus far, has been one hell of an exciting ride. I’m currently getting myself ready to go on my first ever solo airplane trip to Florida so needless to say, so look forward to a travel diary about my trip next week!

Another thing to happen this month is that wowza, so many Kpop music comebacks. With ITZY and VICTON’s comeback on the same day, my multifandom ass was all over the place trying to buy their albums and listen to music while going to work and doing what I had to do. But, now that I had time to listen to the album and digest it (of course, not literally, haha), I wanted to actually write an album review for my ultimate bias group, VICTON. 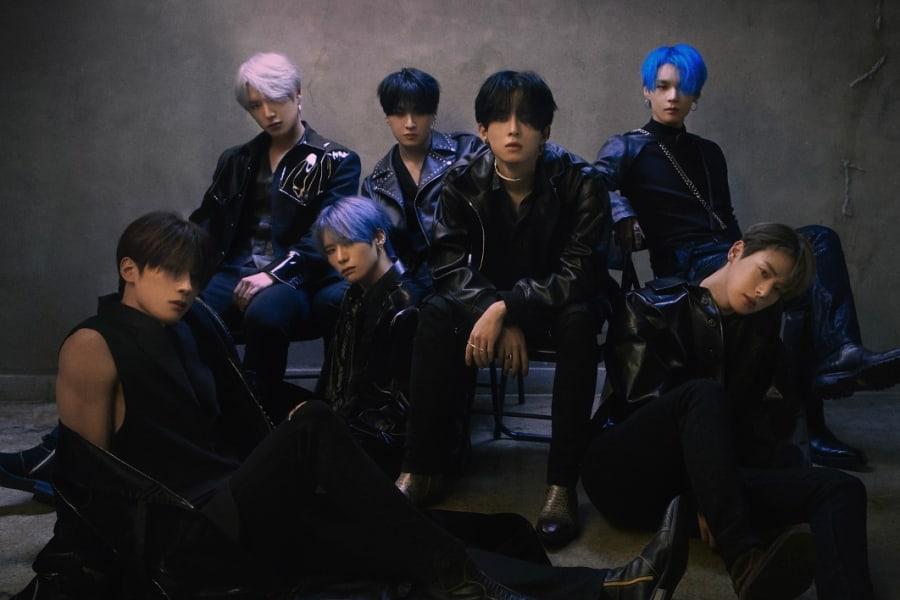 Some backstory on this album: This album was announced at the end of January in regards to Seungwoo’s future activities. Play M Entertainment announced that Seungwoo would resume his activities in VICTON (he was in X1 for a couple of months before their sudden disbandment) and will be a part of their March comeback. After the album being revealed as Continuous, the title track was also revealed, which is “Howling”.

But before we move on to the actual title track, here’s my thoughts on the other tracks in VICTON’s 6th Mini Album, Continuous.

Oof, let’s talk about “Nightmare”, shall we? When the album highlight medley was released, I was the most excited for this track. It definitely has a different vibe and sound to anything they did before; it’s dark, it’s very Halloween-like, but it still has that newer Victon “hip-hop sound” that they suit extremely well. For “Nightmare” both Seungwoo and Hanse helped write the lyrics and rap sections of this song. Also, can we talk about our main vocalist Seungsik?! Seungsik’s runs in the chorus are so clean and haunting, plus he harmonizes with his own damn background vocals as well? Oof. It’s definitely a strong contender to start the whole album off; it definitely has the potential to be a title track, so I hope that when they start promoting this month, they perform this b-slide because it fucking slaps.

“Howling” is the title track for the 6th Mini Album, and it does not disappoint. It was the only song on the album that was written by people outside of Victon (of course besides Hanse; he writes all his raps for their songs). I must admit, though, it took me a while to get the feel of the song. Don’t get me wrong, it’s a bop and she’s a powerful song, but it did give me some “nostalgic night” vibes. It has the same atmosphere that their last couple of comebacks have felt like, but it definitely suits them well. Again, Seungsik had to show himself and hit high notes that I’ve never heard a man hit before, and overall it’s just a powerful song. It’s uniquely sexy, it’s passionate; really everything that they spoiled in the last couple of weeks. Also, can we talk about Hanse’s rap? Seriously one of his best raps in Victon’s discography… besides the “Nightmare” rap; that hits differently.

Their third track, “All I Know” is truly a classic Victon song. This song was written by Chan and Hanse, which I believe is a first for Chan! It has the same vibe and atmosphere that their older discography had, so it was nice to see that although they are maturing and moving on to more sexier and darker concepts, they return to their more mellow and soft sound. This track is about moving on from a relationship and not knowing what is next in life because all you knew was that other person. Oof, if that didn’t hit the relatable feels! It’s definitely a beautiful song and I hope they sing it live one day!

“Petal” is definitely a track I’m not crazy about yet; maybe it will grow on me! This track was written by Seungwoo, Seungsik, and Hanse. It’s truly a beautiful song, it’s truly a nostalgic like song, remembering the past as the seasons move forward. The thing about Victon and their vocals is that their falsetto is truly on point, and this song is the perfect example of falsetto being used in the right places! The song is already light and feather-like, so the falsetto in the chorus sung by Seungwoo, Seungsik, and Sejun is simply breathtaking. I know I’ll like this song eventually, she just needs a couple of more listens!

The final track of their 6th mini-album is called “White Night” and it was written by Seungwoo, Sejun, and Hanse. I’m not a fan of ballad songs, but this one is so fucking pretty, it’s truly something. The light piano and strings in the back make the song so flowery and beautiful and the vocals; oof the vocals. Seungsik singing the chorus has been stuck in my head for the entire day the album dropped I shit you not. It’s so angelic and again the falsetto is major chef kisses, seriously this song is going to be the song I work out on the aisle to when I get married (haha). The thing about this song is that I truly believe it has some deeper meaning than what it’s leading on. Sure, on the surface it’s about loving someone and them being your light and blah blah blah. I truly think this song and their “nostalgic night” track from their last album have some sort of connection; it was a nostalgic night, a sad night, a night where memories ate you alive, and “White Night”, a night where the moon is in the sky, everything is good again, everything is what it’s supposed to be. I truly think of Victon and their journey within the last couple of months without Seungwoo; no matter how much success they got from that last comeback, they all wanted to celebrate it together and they all had rough times. So although I was first an X1 fan, I’m very much glad Seungwoo is back in Victon with his members.

Final Thoughts about this Comeback:

Overall, this comeback was a very calm and mature one. Despite “Nightmare” and “Howling”, the songs were more so on the mellow, slow tuned side, which is completely okay! I feel like these boys are maturing in their branding, their styles, and in the way that they sing. Yes, Victon’s image in the past was very refreshing and upbeat and colorful, but we also have to remember they were rookies and that sound suited them the best back then. This more mature, slow-paced sound of Victon is something I like because their vocals are showcased more, and this album just proves that these guys are talented.

Writing this now, my favorite song off of the album is “Nightmare” just because it’s different than the other tracks and just a sound that Victon never did before. After that, it’s definitely “Howling”, then “White Night”, “All I Know” and lastly “Petal”.

I’m really happy to be singing Victon perform as 7 again, in all honesty. Sure, I didn’t know the group before PDX101 aired, but there’s a reason why so many of that audience is now Victon’s fans; their chemistry is just insane. Out of the other group members of different groups that participated in PDX101, Victon gained the most success. Because of the show, they were able to get their very first music show win in 3 years with “nostalgic night” and because of the show, their songs are now on music charts such as Melon and Genie. They are truly gaining their well-deserved success, and now they are experiencing it as 7 again.

This Alice is happy. Victon hwaiting! :3