This was definitely something I wanted to talk about for a very long time on the blog, and due to the current events in the media (film, music, reality; you name it), I feel like now it’s the best time to talk about the whole “fave culture” and how slowly it’s now excusing the problematic behavior of people who are famous, rich, and in the limelight.

So, let’s start from the obvious point: people aren’t perfect, and that includes the people you idolize in pop culture. It’s normal to like a person for their talents and their abilities to entertain, and you may also like people for just having a good and “relatable” personality. I still believe to this day that Kylie Jenner blew up when she finally stood out from the rest of her family, dyed her hair blue, and starting recommending things that people her age (and close to it) are liking at the moment. I’m not saying Kylie Jenner, aka 900 millionaire businesswoman who already was born into a wealthy ass family, is relatable to the common person by any means, but her interests and the personality she puts out there for her fans is something that they probably like about her. And that goes with anyone in the industry. I mean, we still have people who listen to Chris Brown’s music after a decade since he was once known for brutally beaten up Rihanna and we still have people rooting for Cardi B despite the fact she’s publicly said transphobic things. There will always be people who will forgive and forget the behavior of celebrities, and then there are some who won’t. But at the end of the day, someone in the limelight can pretty much do anything they want, and still know that they have a fanbase who will ride with them until the end of time, and that’s not okay.

Because let’s put it this way: would you have forgiven your friend for beating up their own boyfriend/girlfriend in their relationship? Would you ignore the fact that they openly say homophobic/transphobic slurs? Would you ignore the fact they are portraying another race or using it as their asethetic? If you wouldn’t excuse problematic behavior for anyone in your personal life, then why excuse it for people who don’t know and don’t give a shit about you? 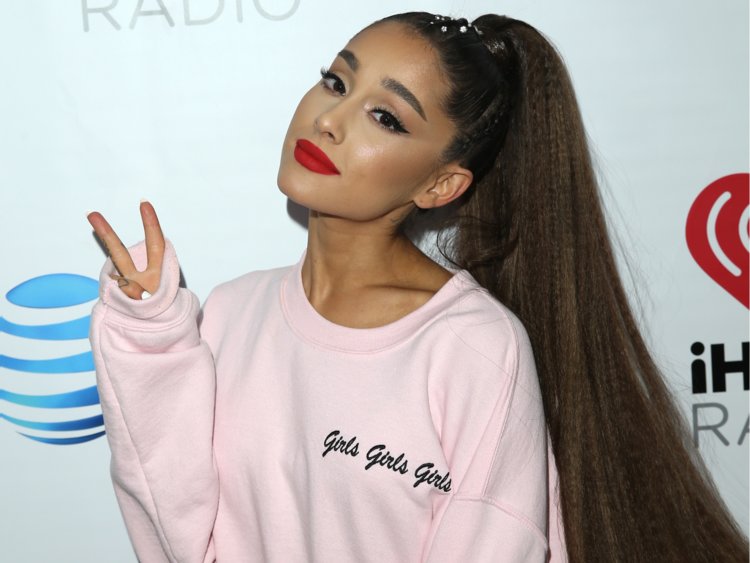 Maybe you chose to separate the person from their craft, as many people do in their lives. Many YouTube review channels will still review products from problematic people and try to separate the product from the person, which it’s your prerogative because we all do it. I do it. I’ve mentioned in my February 2019 Favorites post that I really enjoyed Ariana Grande’s Thank U, Next album, despite knowing that her cultural appropriation and her using race and language as a trend and as something to enhance her image and look. I don’t excuse her for that problematic behavior, because it is clear as day that she is portraying someone of color to the point where her music now reflects that image, that she uses the Japanese language and culture as an aesthetic (which was something we excused Gwen Stefani for a decade ago), and yet she’s being celebrated for being the first female artist to have 3 songs back-to-back on top of the Billboard charts. Now, I’m not saying that their hard work and dedication to their fans should be overlooked, because these people deserve the recognition of their work, the problem remains with their fanbases and how delusional they are to their fave doing problematic shit that despite being blatantly obvious, they choose to ignore it.

We choose to believe that our “faves” are like saints and superheroes and that they can possibly do no wrong. The fact of the matter is that these are real people who make real people mistakes and engage in problematic behavior, and it’s totally up to them if they want to acknowledge it or brush it off, and 99% of the time, it’s the latter. Because why openly admit to their problematic behavior and be labeled as something negative when they know if or if they don’t acknowledge it, they have people fighting their battles for them on social media? Why jeopardize their coin if they already know people will be ride or die with them by buying their albums, stream their songs, go to their concerts, buy their merch, and everything else?

I know how hard it is to just boycott a person’s craft for their problematic behavior because if you actually did do that, you wouldn’t listen to any music, wear any makeup, or watch any television shows or movies. People are not perfect, and as a fan of someone’s, you need to acknowledge the fact that what they are potentially engaging in is problematic behavior. Just because you enjoy someone’s craft, doesn’t mean you should overlook the things they are doing and the mistakes they’ve made. Don’t give these celebrities the benefit of the doubt just because they’re celebrities.

You really have to ask yourself sometimes: would I excuse anyone personal in my life if they did the things my “fave” did?