Hey, guys – welcome back to TNTH. 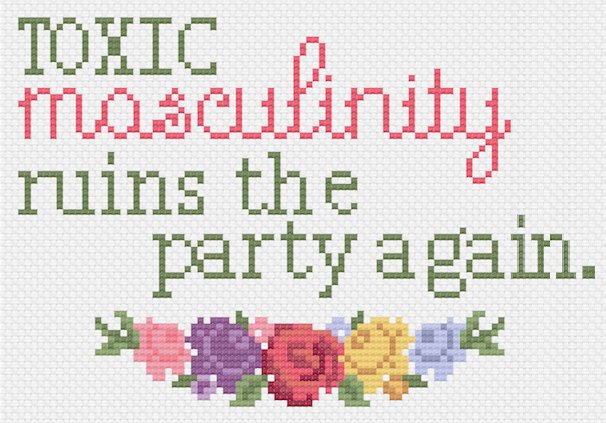 Let me start off this post by publicly stating that this post is by no means an attack on people who identify as a man or any term regarding masculinity. This post is simply influenced by a Facebook post a friend of mine had on her timeline and ended being possibly one of the most disgusting things I read in her comments section. The shared article was about Oklahoma’s insane outlook on women and abortions. In a nutshell, women need to be granted permission by men in order to move forward with an abortion. Without being too political, I am pro-choice. I believe it is up to the women to decide what she wants to do with her body. I believe that in certain circumstances, getting an abortion shouldn’t be out of the question. My friend, Tori, mentioned this scenario to the man she was debating with. Women who are rape victims could potentially get pregnant with their rapist’s child. I remember taking a literature class during my undergrad year where a girl had shared with the class that she has conceived the night a man raped her mother. Years later, I still remember all of the thoughts in my mind, thinking what she possibly goes through in her head day-to-day. Many women get into this scenario; many people just don’t speak about it because these women never report them. This person then began to justify the actions of Brock Turner, the high-profile story of him raping a girl behind a dumpster while she was unconscious. That’s where I had to draw the line and it was immensely difficult to stop reading.

The comments this man publicly posted under my friend’s shared article was a prime example of the toxic masculinity surfacing in a time were movements like #MeToo and #TimesUp exist. Right now, men in various different industries are beginning to be called out by women who are finally finding the courage to speak out and have their voices heard. I’ve actually heard men in my family say some really crazy shit about this topic, and the only reasoning I could make of it is because men nowadays feel the need to have a defense mechanism. Some men feel the need to defend their manhood and their gender as a whole; I know this is nothing compared to Black Lives Matter, but the way men are trying to defend themselves is the same way “Blue Lives Matter” became a thing.

In other words, nobody would be saying anything if the current set of events were not happening.

Again, I am not saying all men are scum or trash and are the devils in humanity. I am simply saying that there are some men out there who will rather defend a man’s morally wrong actions instead of actual facts just to protect the overall idea of manhood and masculinity.

When women chant “a man ain’t shit if he doesn’t understand no”, men respond “she was all on me at the club, dancing on me, why wasn’t she saying no earlier tonight?” When women chant “men are trash if they think it’s cute to verbally/physically abuse women”, men respond “you don’t know what women do to provoke us. Isn’t it just common sense to respect a human’s wishes and if you have nothing nice to say, don’t say at all and to NEVER harm another human being?

This idea that men have to enforce their masculinity by being strong and aggressive and masculine is one of the problems in society. Yes, we could also get into women and the things they do that are problematic because nobody in this world is perfect. What I find crazy is that the morals of everyday life are still getting questioned if it’s right or if it’s wrong.

Toxic masculinity is definitely something that is being observed more and more each day. We see it in our friends, our families, our neighbors, our coworkers; it pretty much exists in every single person who identifies as a cis man because it no doubt stems from the way these men were raised. It goes all the way back to childhood when families would praise the son for having a girlfriend yet scold the daughter for even liking a boy in her class. That boys will be boys bullshit excused their rough, aggressive playing on the playground. That teasing a girl to the point of bullying her was a sign that a boy secretly liked you. That crying and showing emotions meant you were a “pussy” or “faggot”. That if you liked girly things and the same sex, you were not considered a man anymore. That you had to be a certain way to be considered a man in society because if you’re anything but a man in it, you are looked down upon.

Fellas, we aren’t asking you to not be men, we are asking you to be functional human beings that understand what is morally right from morally wrong and to be mindfully open about the things happening in the world. We live in such a progressive world; the only way you’ll understand it all is to keep an open and explorative mind to it.

Masculinity and Femininity are simply labels. They are irrelevant to issues that are morally right and wrong. I’m not saying abortion is morally wrong or right indefinitely; that’s a debate that will never be black or white. The issue of sexually harassment, sexual assault, and rape should be something that is always looked at as morally wrong, whether the offender is male or female, or other. Rape is universally fucking wrong, no matter what your gender is.