Kelly Clarkson has been my favorite artist for the last 15 years. Many of us would’ve moved on to more modern favorites, and I do have other favorites, but Kelly Clarkson and her music have stayed close to my heart ever since, and every time she comes out with new music of any sorts, I am the first to be excited about it. I went to see her in concert two years ago when she was on her ‘Piece by Piece Tour’, and it was nothing short of magical. Two years have passed by and Kelly moved on from her RCA label and signed to Atlantic Records, which allowed her to have more control over her sound and this album shows it. If any of you are long-time Kelly listeners, you will remember her debut album, Thankful, had this soulful, R&B sound that was unique. As a 20-year-old woman, she sounded like she had years of experience in her voice. 15 years later, That same voice that we all heard then, is now back in her new album, Meaning Of Life.

Meaning Of Life was released yesterday (yes, yesterday!) and since then I’ve been playing the album on repeat to pick out my top 6 songs (excluding “Love So Soft”, you can read that in my music favorites post) from the album. I believe the entire album is great on its own; you have your powerful ballads like “I Don’t Think About You”, “Would You Call That Love”, and “Don’t Pretend”, your sassy songs like “Cruel” and “Heat”, and other songs that showcase her amazing vocals (and the backstory of being inspired of Michelle Obama’s speech), “Go High”; I could be here all day talking about it, so seven is a good number to give you all just a taste of what the album is sounding like:

Kelly isn’t known for making introductory songs for her album, but I feel like whenever artists put an intro track on their albums, they are some of the dopest songs on the entire album. This intro track is a good example of one. In this minute intro (literally), Kelly Clarkson gives us a taste of how much soul is going to be featured on this track. The song pretty much talks about taking a minute to yourself, just to get your shit together and come back stronger. I feel like this song represents the transition that Kelly is making through her music, with her life, and just how fast-paced life has been this last year for her musically. Also, I feel like she’s just saying she just needs a minute to show you who she is, what she can do, and how well she can do it. I really like this as the beginning of the album; any time I have too much work on my shoulders, I’m just going to play this and be like “Sometimes I need a minute just for me, I need a minute just to breathe”. I do wish that this song was a full-length track as well, but Kelly did tease her Twitter followers with this tweet. We’ll see!

The title track, “Meaning Of Life” is a good balance of Kelly’s new sound, and the sound she began to discover during her Piece by Piece era. This song was released a week the album was, and it was a damn good example of what the album was going to be like. The song is pretty much about someone showing you the meaning of life, and what it really means to live it. The backtrack has a similar instrument like her song, “Invisible”, but it plays more of a soulful role in this track. Kelly mentioned in an interview that this was the song that started the whole idea of the album, Meaning Of Life. In her words, she describes this album feeling like her very first one because of the feeling of rebirth she feels with this song. It’s definitely a song can be interpreted in any way, whether you’re in a happy place with yourself, you’re in love with someone in your life, or anything really that showed you the meaning of life. Definitely one of my songs off the entire album.

This song was one of them on the album that was released early as a promotional single to the album, and at the time it came out, I wasn’t crazy about it. As the weeks passed by, and I began to listen to it, I began to appreciate the lyrics and the way she really sings it and means them. The song is pretty much a poem-like verse about all the things in the world that will emotionally “move” a person, and how she wants to move someone in the way that these things do. I can definitely relate because I feel like people on an inspiration, spiritual, or really on any level, move me every single day, and to do that for someone else, it’s breathtaking. The sound is very different from the other songs; at first glance, it feels like it doesn’t belong on the album (it sounds like a possible B-side of Piece by Piece) but I do like that she is still in touch with the sound that many people know her for, and many people have grown to love that about her.

I can tell that Kelly Clarkson had a lot of fun recording this song because the whole song is just a fun song to listen to. It’s definitely one of the sassiest in the album and it’s the one song that screams “HEY I’M A GROWN ASS WOMAN”. Kelly personally wrote most of this song; the lyrics talking about her Texan roots, and how she’s a whole lotta woman and she wants people know and she doesn’t care who doesn’t like her or the way she is. It’s definitely one the most different sounding songs on the album; Clarkson isn’t known for “talk-song” lyrics (I think the last time she did something similar to this, it was on Breakaway with her song, “Walk Away”). Other than that, it’s a great anthem to sing along to, dance to, and be a mutherfuckin’ woman.

The first time hearing the beginning of this song, it reminded me of Obie because it sounded like the oldies that he vibes to on a weekend night. It gives me that 1980’s/early 1990’s Janet Jackson feel, which is odd because I don’t think that was the intention of the song, but it’s very upbeat, and then the chorus breaks down to her singing “you ain’t my medicine” in the same way Rihanna sings “pour it up, pour it up” in “Pour it Up”. I also love the fact that she says “you don’t get me lit” in the chorus. Yes, Kelly. Sing. Your. Shit.

This has to be my favorite track on the entire album. This song has a modern feel to the R&B/Soul sound she has on the album; Kelly herself even called this “a modern take of En Vogue”, which I do not mind at all. The song is also one of the sassier songs on the album, talking about how someone who use to be in her life is now acting brand new and she’s like “wait a minute, I was there with you when you weren’t shit, and I gave you all of me, foh boy” and I honestly love the concept of the entire song. The chorus is very choir-like, with her and her backup singers killing the shit out of the song. Definitely, it has potential to be a single because it’s a fucking banger.

This song definitely grew on me in the hours that I was listening to the album. This song, in my opinion, is the sexiest song on the album. It’s very mature and very “baby-making” sounding, so if you’re looking for a song to make some babies to, here you go! In all seriousness though, this song is slow-paced, but the soul vibe it has makes you sway your body side to side when hearing it. Also, she sings possibly one of my favorite lyrics in the song: “how’d did you go from being a momma’s boy, to a ladies man?” I seriously sat in my seat, mouth wide-open, and was like “THAT WAS SMOOTH!” Towards the end of the song, she begins to hit these crazy high notes that realistically we didn’t get much of in her previous albums (here and there were songs that she sang her ass off, but she always stood in a comfortable range for her voice), but this entire album she is just BELT. TING. Such a sexy song, such a sexy favorite.

I do believe that this album is one of Kelly Clarkson’s best. Even though I am such a huge fan of hers, I can say that there were subpar albums she came out with over the years, but I’m glad that this album showcases such a different and grown vibe that I believe she needed. She has such a big voice, she needs a big sound to go along with it.

As a huge Kelly Clarkson fan: if she is happy with her music, I am happy as well – and it definitely shows on this new album.

Meaning Of Life is available on Apple Music, Amazon Unlimited, Spotify, Google Play, and anywhere you can stream music. It is also available to buy in stores as well! 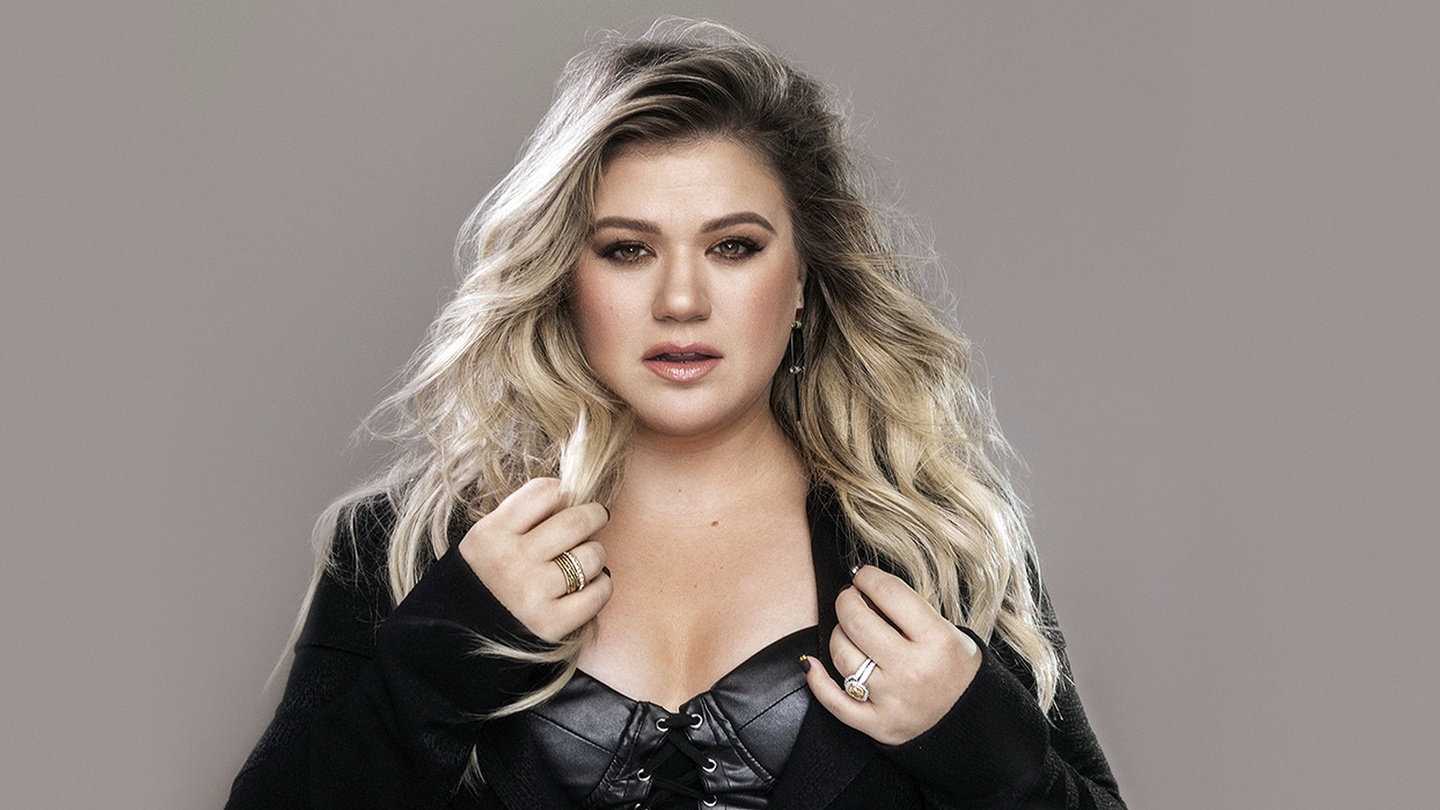