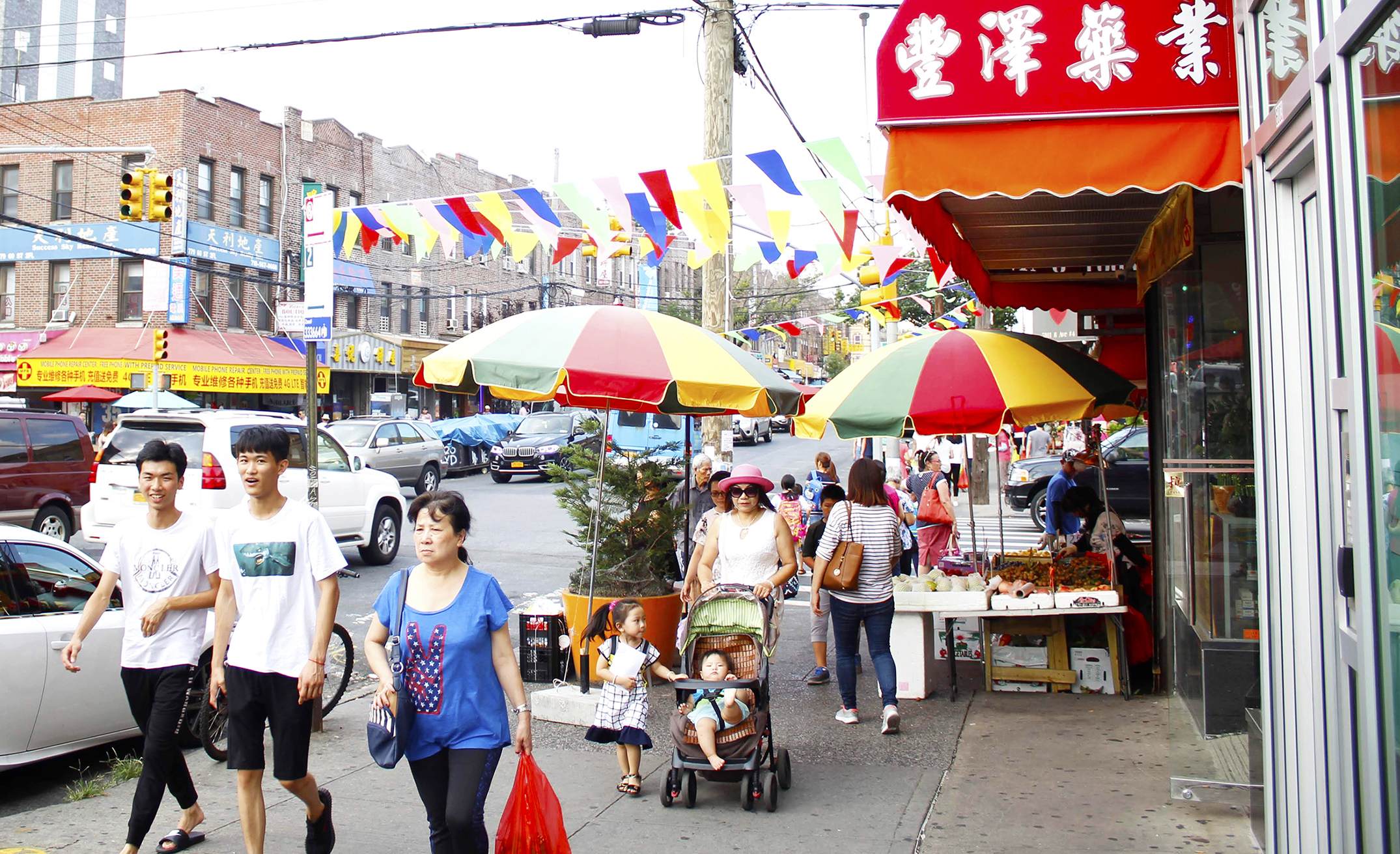 First and foremost, I would like to wish a Happy Chinese New Year to those who celebrate it! This year is the year of the pig, so if you’ve seen any fashion related things regarding pigs within the last couple of weeks, now you know why.

Of course, Chinese New Year isn’t as widely celebrated as the “westernized” New Year, which happens every January 1st. Although it is now more widely known and respected nowadays (I mean, when I was in public school, it wasn’t considered a holiday that schools would close for), Chinese New Year is a pretty big deal in my neighborhood because it is a predominantly Asian community.

I live in what people consider the “Chinatown” of Brooklyn; living in the middle of such a cultural neighborhood has its pros and cons, and to the people who don’t live in the neighborhood would most likely see it for its cons. Yes, it’s overly populated, yes there’s more hair salons than supermarkets, and yes, if you aren’t of Asian descent, the elderly will look at you like you have fifteen eyes on your face.

But for a person who’s lived in the neighborhood for 19 years of their life, you see both the good and bad of the neighborhood. Yeah, the buses and streets are crazy crowded and the fish markets in the middle of the streets make more people stop in the middle of them and cause a traffic jam. Yes, sometimes the language barrier is a challenge when asking for help at a Chinese-owned store. Yes, it seems like no matter what to do in the neighborhood, you have to schedule it beforehand before things get too hectic and crazy. But, that’s just the NYC life, and I’ve learned that you can’t control your neighborhood from changing, and you can’t control the people that share it with you. So, if the population is what concerns you about Brooklyn’s Chinatown, then maybe this really isn’t the place for you. But, you’re missing out on a lot.

With the Hispanic community bordering Brooklyn’s Chinatown, you exit one heritage to enter another, and even with gentrification on the rise, this is still one of the most diverse neighborhoods you could possibly visit in Brooklyn. Of course, it’s not perfect, and it’s sometimes frustrating to travel around the neighborhood by transportation, and there’s a lot more garbage than there has to be on the streets every single night, but even in a neighborhood where I should feel like it’s not my own; I feel like I’m at home.

So, Chinese New Year is a pretty big deal for me even if I don’t celebrate it. But to see the red and gold envelopes being sold at dollar stores with sparklers for celebration and light lanterns being in every store possible, you see just how major it is for my neighborhood. The stores are abandoned like it was Christmas Day, the streets are closed off for the Chinese New Year Parade, and the dragon, oh man that dragon visits every storefront for the next 8 days.

So once again: Happy Chinese New Year! I’m grateful to be living in a community that is able to get together and still celebrate a tradition and holiday that means a lot to them. I enjoy seeing the confetti after the parade the day after, the stringers that get caught in the phone/cable wires outside, and I just love to see everyone in a neighborhood halt their lives for a day to come together and celebrate. That’s a neighborhood I like to be a part of.