In the first day installment of the Blogust Series, I touched a bit on the fact that I am a firm believer of spiritual energy. Of course, when I bring that up in conversation, many people believe that I’m referring to a higher power of some sorts in some religion. While I do have my own personal beliefs about religion, I was never a religious person. I wasn’t raised with a religious background, so I never knew much about God and The Bible; pretty much anything related to religion.

When I say spiritual energy, I mean just that: energy. I believe those cliches that people seem to overuse in life: everything happens for a reason. I’m not saying that you have to analyze everything that happens in your life to figure out that reason; for the most part, I do take things that happen at certain times in my life and wonder why something would happen during such a time. 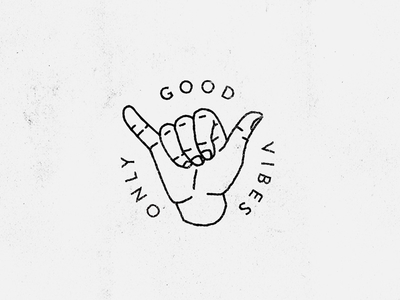 In the gist of my job hunting process, I received a message from my former thesis advisor reaching out to let me know that the English Department at my college was still looking for adjuncts to teach the first-year writing composition course this Fall. Although I’ve expressed many times to myself and those around me that due to my anxiety and lack of teaching experience, I wasn’t ready to take on such a task and a responsibility during this time in my life. I know teaching isn’t something that’s so far-fetched regarding a career, but I felt in that moment that it was a sign for me to teach and take on the position. I considered everything that I was feeling and ultimately decided that I wasn’t ready yet. Instead of teaching this semester, I’ll be observing and being behind the scenes of teaching with a graduate class in hopes to add this opportunity to my resume and be prepared to start teaching the next semester or the next school year. Again, you can find my thoughts about this in Monday’s post.

I believe that when things happen the way they do without any notice or preparation, it means something deeper than what it presents itself. Maybe I got rejected from the film school two years ago because my fate was already decided in me returning to my college to obtain my master’s degree. Maybe I needed to go through this experience, meet the people I got to know within that program, and maybe just maybe I was always meant to be there. I mean, I spent six years being a student in that school; in a sense, it became like this second home. Yeah, many people put that belief in God and believe that he is the one who already has our fate written down to the moment we die; I like to believe that it’s the universe that has that power as well. I believe it’s the energy you give off (your aura) and the energy that you surround yourself with that helps you figure out what you want out of life and what you should be getting out of it.

I always liked the saying “your vibe attracts your tribe” because I very much do believe that the same energy you put out there is the same energy that you get back. If you’re a relatively negative and pessimistic person, chances are you’ll be surrounding yourself with people who carry that same energy, and vise versa. I’m not saying that’s always the case (you’ll definitely bump into some people who don’t match your energy), I’m saying that once you have a clear understanding of what type of energy and people you like to keep around and have a better understanding of who you are as a person, you’ll attract those people who have that same energy.

If you’re wondering if karma is a type of energy I believe in, you best to believe that I do. I believe in it not just because I’ve seen shitty people who did me wrong get it handed right back to them, but I’ve experienced being on that end of the spectrum where I was once receiving that karma. Karma is a real thing Y’all, and it comes in your life in full swing when you least expect it. Again, karma exists solely due to energy and one’s actions: you put out that negative energy, it will get back to you.

So personally, energy for me is a very important thing to consider. Do I always follow the positive, bubbly energy I want to put out there? Of course not. We all have bad days where our energy is off, and sometimes we are put in situations where we have to protect our energy from events and people who will purposefully drain it. At the end of the day. I believe that everything happens for a reason, and when expected things happen, you need to sit down with yourself and reevaluate and reflect on the type of energy you are putting out there.

You’ll be surprised just how much energy affects your everyday interactions and decisions!