I’m not one to classify myself as a reader. You will never find me sitting down and grabbing a book to read during my time-off; I literally have to force myself to even read my school books whenever I have to do so. When I do sit down and read a book (and mostly it’s for school), I find myself really enjoying the stories that were told and end up adding them to my (now growing) book collection. Today, I wanted to share at least five of the books that currently sit on my shelf, both old and new!

One of the more recent additions to the collection is Lynn Nottage’s play, Sweat. Sweat takes place mainly in a bar in Reading, Pennsylvania and in this setting, people in the neighborhood (whom all work in the same factory) do there after work, talk, and grab a drink. The time period jumps back from 2000 and 2008; the former focuses on the issue that many of these people who work at the factory are losing their jobs due to the factory secretly hiring immigrants for lower pay while the company begins to transition into going overseas. Many of these characters depend on the money they make at the factory to survive, and after the issue causing tension within these group of people (and even between best friends), there’s no solution to what’s happened and the factory is gone by 2008. Many issues surround the fact that many of these workers were there for generations and that working at the factory is the only skill they have. So, when they’re forced out of their jobs and are simply clapped on the back and told to find new jobs, they are literally starting from scratch, and life waits for no one to make money. I learned a lot about the financial issues of America and even how the 2008 Economic Crisis came to be. I currently had to read this in one of my classes and I’m glad that we did!

“STELLA!” Funny story about this play: During a Renaissance class I’m taking this semester, we were reading Sir Philip Syndey’s Astrophil and Stella, and my professor made the joke of yelling Stella. I was the only one who laughed. Anyone who has read this play knows that line yelled by Stanley is possibly the most famous line in the whole play, but this play has been one of my favorites since my freshman year of high-school. It’s been awhile since I read it, but from what I remembered: Blanche DuBois moves in with her sister and her sister’s husband Stella, and Stanley. Blanche is a very flashy and high-maintenance woman who only moves in because she lost the estate that was once in the DuBois name. In a series of events happening in the household, we see Stanley and Stella’s abusive relationship, and it leaves a bad taste in Blanche’s mouth and she and Stanley continuously bump heads until the climax of the play. By the end of the play, readers (and viewers) are left wondering if we should feel sorry for what happens to Blanche. In one hand, we are left to analyze Blanche and judge her for her character, yet morally we sympathize with her and what ultimately happens to her. I don’t know why this play has been a favorite of mine all these years, but the overall story of the play depicts a time in history where things like this were happening in everyday homes. The play tells a tragic, yet a great story about an overall broken dynamic in a family, and in people.

3.) The Particular Sadness of Lemon Cake by Aimee Bender 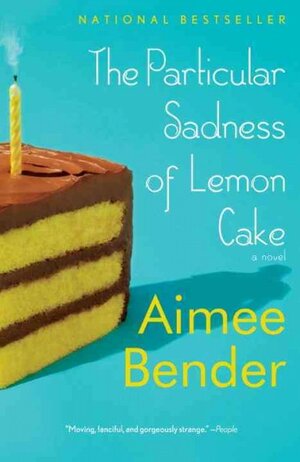 With its bright colored cover with a slice of cake on it, I knew when I purchased this book to read for my literature class last year that I was going to like it. This story follows the story of Rose, a 9-year-old girl who has her mother bake a lemon cake for her birthday. When she takes a bite out of her slice of cake, she begins to taste somberness and sadness; in other words, she begins to taste her mother’s emotions through the food that she makes. This family on the outside comes across as the “picture perfect” family, but through the food her family makes, we find out that her mother begins to have an affair, her brother is anti-social (and possibly autistic if analyzed that way), and her father is simply just a shadow in the family. This book follows the life of Rose as she learns how to live with her “skill”, and by the end of the book, there is a major twist that nobody in my class saw coming. It tells a unique story that deals with real-life families and situations and I feel like the “magical skill” she obtains is something that is normal in their society (or possibly a mask of a real-life one). Either way, I enjoyed this book and put it in my book collection.

I read this in my sophomore year of undergrad in a memoir literature class and when I read it the first time, I was hooked. This story is about Louise and her Italian-American family. Although I don’t remember the details of it, I know that we, as readers, go through Louise’s life as a child, going through puberty, and when the stage in her life where she was experiencing her sexuality by sleeping with different boys in her high-school. To me, the memoir was really realistic and honest without any regrets regarding her life choices. Also, a lot of her Italian-American tradition reminds me of my own family, since I’m half Italian. But yeah! This memoir was one of the best ones I’ve read. This book was one of my favorites I’ve read while being in grad school. I had to read it for one of my classes last semester and it was another one that I couldn’t put down. The story is told my generations and generations of people within the same family, yet never knew about each other because of how history played out. The beginning of the story takes place during the Atlantic Slave Trade. This book, in general, tells both sides of history: one side that was forcefully removed from Africa, and the other side that stays in Africa. The story does a really good job of letting the readers know that history does repeat itself and that things in life do have a butterfly effect. There’s so much to talk about in this book and I’m so glad to be reading it for a second time in one of my classes this semester because it’ll be one of the very few books I get to read a second time. I say definitely read this book if you’re into African-American Literature.

That’s it for now! Of course, there are so many other books on my shelf that I will love to talk about, so lemme know if you’re interested to read another one of these book posts! 😀