I was a 20-year-old junior in college that was in love with everything television that involved crime drama. I watched almost anything that had a compelling story to it, and you can blame that slight obsession from the TV show, The Killing. 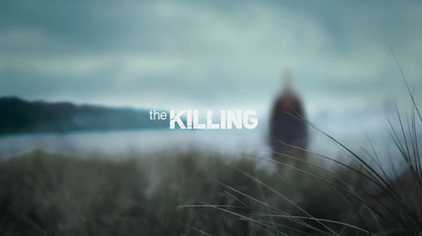 For those who never heard of the show, The Killing is a character-driven crime drama that involves one case a season (with the exception of the Rosie Larsen case being two seasons long). The main characters, Detective Sarah Linden and Detective Stephen Holder, learn how to work with each other and find themselves in shitty situations, doing whatever it takes to solve these cases. Linden, being crazy dedicated to her work, also has a dark past; once being too heavily involved in a case that caused her to go crazy, and just dealing with the demons of her past. Holder, a newbie in the Homicide division, is pretty much the only one that could identify with her because he’s not the most perfect person either. Throughout the series, you see their give and take towards each other and at the end of it, you understand just how much they do need each other in order to balance each other out. No, they don’t end up together like Mulder and Sully did in The X-Files, but Linden and Holder are possibly the definition of a perfectly platonic relationship. Ever.

Because of my love for The Killing, I realized that my first tattoo would be something that related to the show. The show doesn’t have any little symbols that correlate with it like Harry Potter has with symbols or something cute like that. Despite my love for it, the show is full of darkness and dealt with serious topics like runaways, crooked politics, sexual assault, missing homeless girls, drug abuse, and manslaughter of families. So when Season 4 of The Killing premiered, the last episode of the series was “Eden”, and years after Linden and Holder went their separate ways, they reunited 5 years later, back in Seattle, where it all started. So, whatever – I’m crying my eyes out because it’s the last episode ever of The Killing, and Linden confesses to Holder how she never had a real home, and in the course of the three cases they worked on together, you know “in that stupid car, driving around and smoking cigarettes”…

She says: “I think maybe…

IT NEARLY KILLED ME. So fast forward a couple of months, and I really wanted to get a tattoo before the new year started. At this point, I’ve had ideas for tattoos stored in my little box of notes forever, and as soon as I saw this moment, I felt something. It was weird, because, for something as dark as The Killing, this little line had hope in it. Even if Linden’s home was her and Holder, my “home” that potentially saved my life back in 2013 when I had really nothing left to live her, was this show and the people who I got the pleasure in connecting with through the fandom on Twitter. These two best friends, Lauren and Melissa, welcomed me and thousands of fans into the fandom to help bring back the show for a fourth season after being canceled (twice) and communicated with us during the wait for season 4 in 2014. They even decided to create a series of books (which I had the pleasure of being a part of) for the showrunner, Veena Sud, and the two main actors: Mireille Enos and Joel Kinnaman. All in all, it was a moment in my life where I felt like I belonged in a community and this show allowed me to love and be passionate about something that wasn’t always about me. I wanted to take this moment in my life and always remember the “home” I had with these people who seriously helped me turn my life around. It’s cheesy, but I wouldn’t be the person I am today if The Killing wasn’t introduced to me.

But anyway, I decided that at the end of November, I was going to get “home was us” as my first official tattoo. I went to Brooklyn Ink in Bay Ridge, Brooklyn, and was tattooed by Matt Huff (ironically enough he’s the brother of one of my sister’s old high-school friends). Nevertheless, the tattoo took about 10 minutes in total to complete and that day, with Obie as my plus one, I got my very first tattoo.

Side story: So, Obie and I walk into the tattoo parlor, and of course in this surrounding, Obie is like a little kid at a candy store. Obie is not about that piercing or tattoo life, so when Matt was setting up and getting ready at his station, Obie and I stood in the front and looked at all the artwork on the walls and shit. Obie looks at Alex, another tattoo artist at Brooklyn Ink, and asked him if the tattoos on his face “hurt”. I literally face palmed myself. But in all seriousness, Obie was definitely amused of the tattoo environment. It was cute.

The only downfall of this tattoo is that it’s not common, so it obviously is going to have a story or meaning behind it and when people ask, you gotta explain it. I’ve had people look at me sideways as soon as I mentioned the word “killing” in my explanation, but hey – I believe in getting meaningful tattoos, and this one tells a story way too long to tell for “small talk”.

Anyway, I’m planning to get at least one more small tattoo that will be a matching one with my sister. I don’t know what it is yet, but hopefully, we get it soon because after writing this, I can totally go for another tattoo experience.