So, December was actually a really good month for me, and I truly believe that it was because I actively got myself to do things I wouldn’t normally do. You know that expression that people say; something along the lines of “say yes to every opportunity”? I’ve pretty much have been saying yes to a lot of things in life, and because of it I’ve been on many adventures and made tons of memories doing so. Also in my time of exploring, I’ve gotten to try many new things, some in which are now some of my favorite things of the month.

So without further ado, let’s get into some of my favorite moments!

Participating at Nina’s open mic event about anxiety and depression allowed me to share my story and my journey through my own personal anxiety and depression. For the event, I read “It’s My Turn”: A Dear Jane Letter, which was posted on the blog a little over a month ago and it has become one of my favorite pieces I’ve written in 2018, to be honest. Listening to other people discuss their stories and journeys were powerful, and I’m immensely proud of Nina for providing a safe space for people to open up and speak out about mental health.

2.) Weekend at Tori’s in Pennsylvania

I won’t go too much into detail about this highlight since it’s already written as a travel diary on TNTH, but seeing my college friend after not seeing her for a year and a half was such a great and amazing experience. Like I mention in my travel diary, this was my first time ever taking a solo trip, so I was so glad that it was a successful trip. Our friendship is one that I know will last a very long time because even after all this time, nothing changed between us. I honestly can’t wait to make this a regular thing in the upcoming year!

Now for some favorites!

Ever since discovering TWICE earlier this year, I’ve slowly started to immerse myself into the K-Pop world. Groups that are in the business right now are considered to be third generation boy/girl groups, so it was weird that I started to gravitate towards an older group, Girls’ Generation. Girls’ Generation debuted in South Korea in 2007, during the era that boy bands were superior and more well-known. They definitely played a major role in putting girl groups on the map, and I could understand why the group was so well-received. They were a group that was able to grow with your audience as they got older, as well as experiment with different concepts without looking or feeling awkward. They were also all well-rounded international speakers, two in which were born in the United States. Although 4 of its members left the agency and the group, Girls’ Generation will probably always be the girl group, and this month I found myself jamming to their hits. 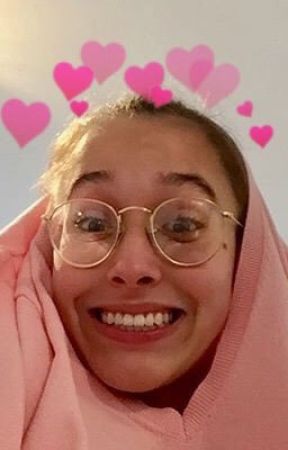 If you are a hardcore YouTuber like me, you would’ve heard about Joanna Ceddia’s unique uprising within the past couple of months. Joanna Ceddia is a 17-year-old Canadian YouTuber that gained 1 million subscribers in three weeks. Three weeks, yes, you heard right. Whether or not you heard of her, checked her out and found her content annoying or too “Gen Z-ish”, I found myself obsessed with her content. With people comparing her to “relatable YouTubers” like Emma Chamberlin and Tana Mongeau, I find her to be nothing compared to them, in all honesty. Yes, she makes an extreme amount of silly and mindless type of videos, but she carries this aura that lets her videos know that she’s most likely this quirky and weird in real life as well. When she’s not DIYing her wedding dress or Christmas Tree costume, she gives her viewers a pretty clear image that she’s a pretty smart teenager for her age. She raves about books she reads, she is an athlete, and she has a vocabulary much superior to mine, to be honest. She really does represent the type of YouTube that was before the sponsorships, fancy cameras, production companies, and the business YouTube really is nowadays. Say what you want by her sudden overnight climb to YouTube success; she’s pretty funny.

This purse was purchased during my trip to Pennsylvania earlier this month. My friend was showing me around a place called Hobby Lobby, which is basically like a Homegoods and Michaels put into one store (I think for the most part) and I came across this beauty and needed to buy her. Originally, she was 20 bucks, but Tori hooked me up with a 40% off coupon, and this bitch was 12 dollars. TWELVE DOLLARS. Needless to say, there needs to be an NYC opening of Hobby Lobby as soon as possible. My first apartment will be covered in Hobby Lobby decor; I will bet on it!

And that’s about it!

December was such a fun month; I hope January is just as fun!